Down the Road in Portugal

I’m down the road again with my Portugal travel tales, at Cape St. Vincent. 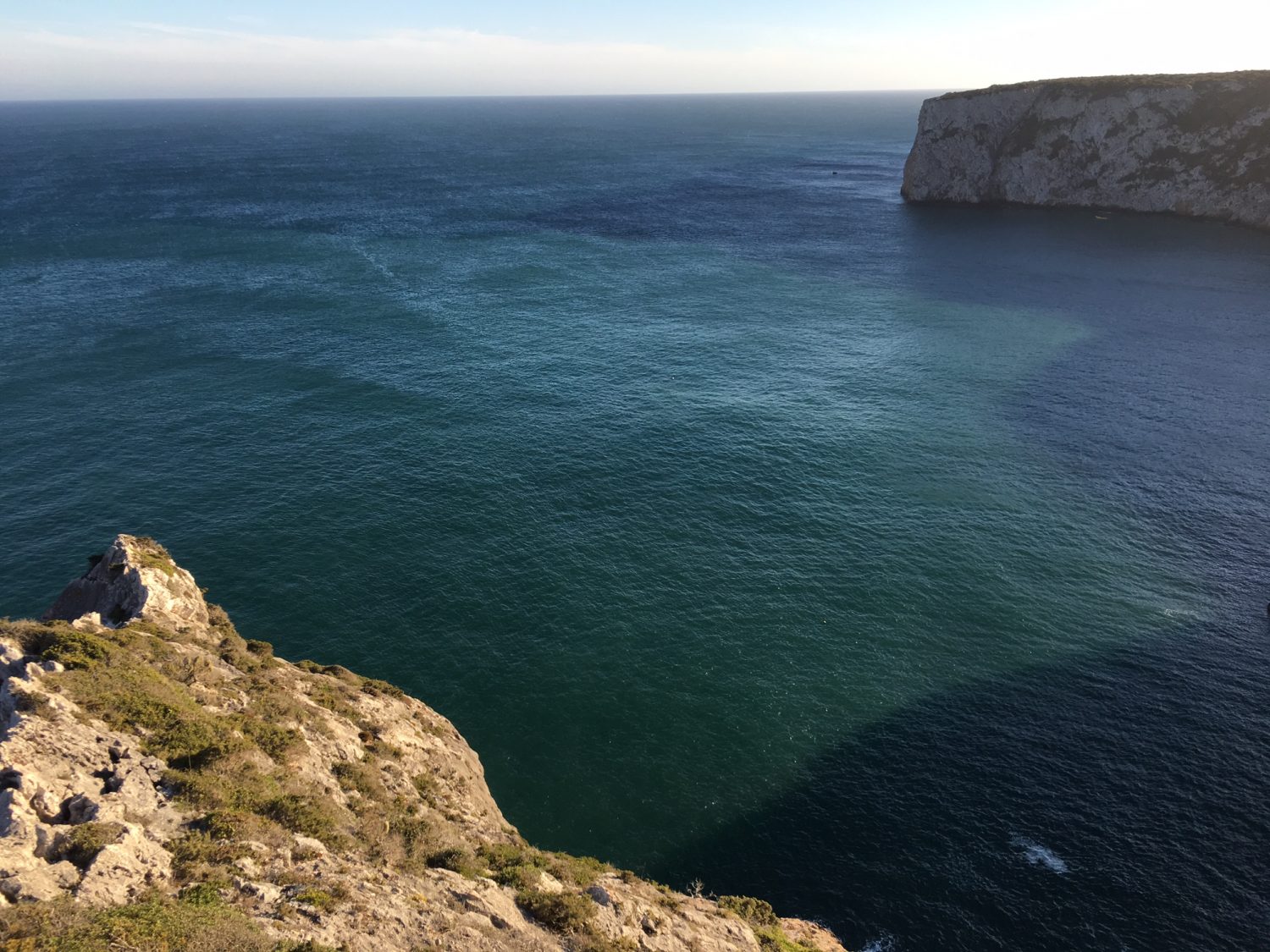 Just a few minute drive from Sagres, historically  known as Henry’s hangout (Henry the Navigator that is,) Cape St. Vincent is a tiny dot on the world map and actually the southwestern most tip of the European continent. Since prehistoric times, the site of Cape St. Vincent’s once desolate lighthouse was thought of as the true end of the terra firma. 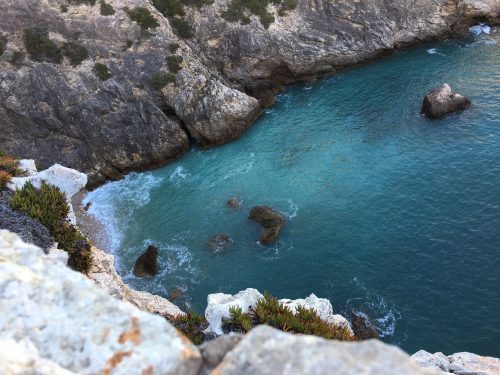 Beauty at the waters edge, a couple of hundred feet below!

Fear inducing myths of foreboding mystery,  monsters, and superstition arose and flourished. Imagine for a moment that you’re a crew member of an explorers caravel, about to embark on a voyage into the unknown. Back in the day, I imaging it a pretty scary proposition! Today, the state-of-the-art lighthouse at Cape St. Vincent’s point sends out one of the strongest beams in all of Europe, with visibility up to sixty miles! 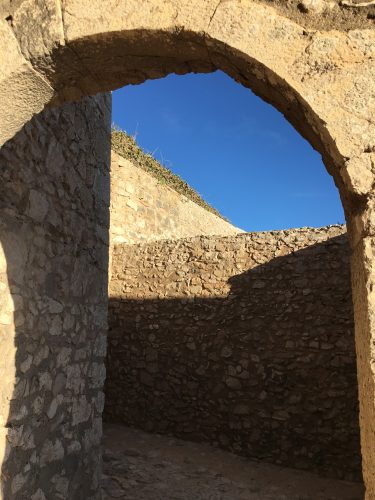 Fortalezza de Beliche, an eroding 16th century castle, hangs precariously on a bluff overlooking the vast “Sea of Darkness.” From the site line of St. Vincent, English pirate “sir” Francis Drake plundered and pillaged his sea bound victims, returning with gold, jewels, spices and the spoils of his adventures to the queen’s delight!

This castle was our favorite stop on this windy point. I could almost sense the victorious and their treasures, and feel sorry for those not so lucky. The craggy hillside was scary enough for me. My irrational fear of heights can get the best of me sometimes, but I keep challenging myself! The castle stone walls were .

But before we leave, a quick stop at the cutest porcelain shop. Portugal is know for it’s pottery, but this shop did not ship. Too bad, for them and me!

We left the area late in the afternoon. Next stop − the tiny, sleepy fishing village of Salema. It’s October, so we have no reservations. Following Rick Steves as our guide, all we have to do is look for sweet old ladies wearing skirts with lots of petticoats. They will lure us to their rooms for rent…

Fun Finds In Your Mailbox » 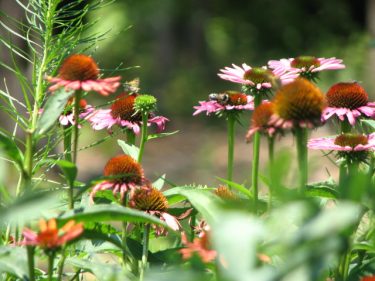 Plants On The Move

I've shared a little of my Portugal travel story, and I'll get back to that next. But we're nearing the end of the fall...

Form & Function Design © Copyright 2020
You may link to a post or take quotes if credit, including a link back, is given.
You may not take entire posts or photographs without asking.
Permission may be requested using the contact form .