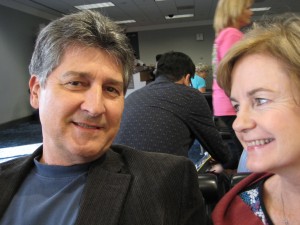 For me, part of the fun of any significant vacation is the deciding, planning, booking, and anticipation of the big event.  Unless you take a tour or cruise, there are sites to be evaluated, an itinerary to set, reservations to be made, tickets to be purchased, passports to be checked…  Extensive preparation is to be done, and I revel in every minute of it! Because my husband Phillip and I love to travel, it’s sometimes hard to decide where to go. We have a long list of possible destinations, so the choice can be tough. This year- both our votes were for Spain. Once that decision was made, we immediately sought out our favorite travel writer and video guide extraordinaire- Rick Steves. 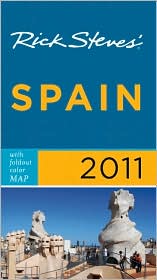 Phillip was first to get busy planning the actual schedule. It seemed a bit overly optimistic at first, and we did make some adjustments and build in some alternative down days if we needed them. My Swiss friend says that American vacationers in Europe are known  for taking what I call “manic” vacations. That is- have to see everything possible in the time available. I guess we pretty much fit that stereotype because we did squeeze in a lot of activity, but I wouldn’t change anything if I could do it over again. 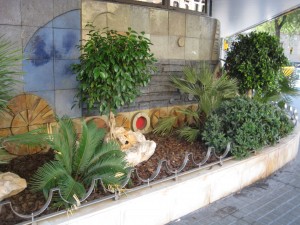 Our arrival city, Barcelona, is one that I had long wanted to visit. There has historically been so much creativity there. In it’s more recent history, imagine the early 20th century- the organic architecture of Antoni Gaudí, followed by Picasso’s  breakthrough paintings and creation of cubism, and the outrageous surrealistic 2 and 3Dimaginings of Salvador Dalí. These visionaries and their contemporaries, were creating incredible art in the same area at much the same time. Amazing!

We began and ended our trip in Barcelona, and in between visited Figures, Montserrat, 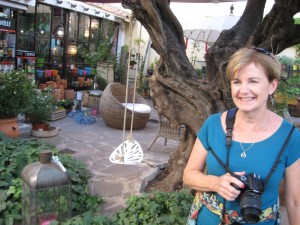 Madrid, Toledo, Cordoba, Sevilla, Carmela, Granada, and the spectacular hill towns of the southern Andalusia region. While in Spain we immersed ourselves in the cities, the countryside, the culture, and the lifestyle. We travelled by high speed train, subway, taxi, plane, rental car, and lots of plain old foot power. I’ll take on our journey with us over my next several posts. Come along!

Suiseki- The Art of Stone Appreciation

My musings on stone would not be complete without a mention of one of my favorite hobbies- Suiseki. A parallel  to bonsai,...