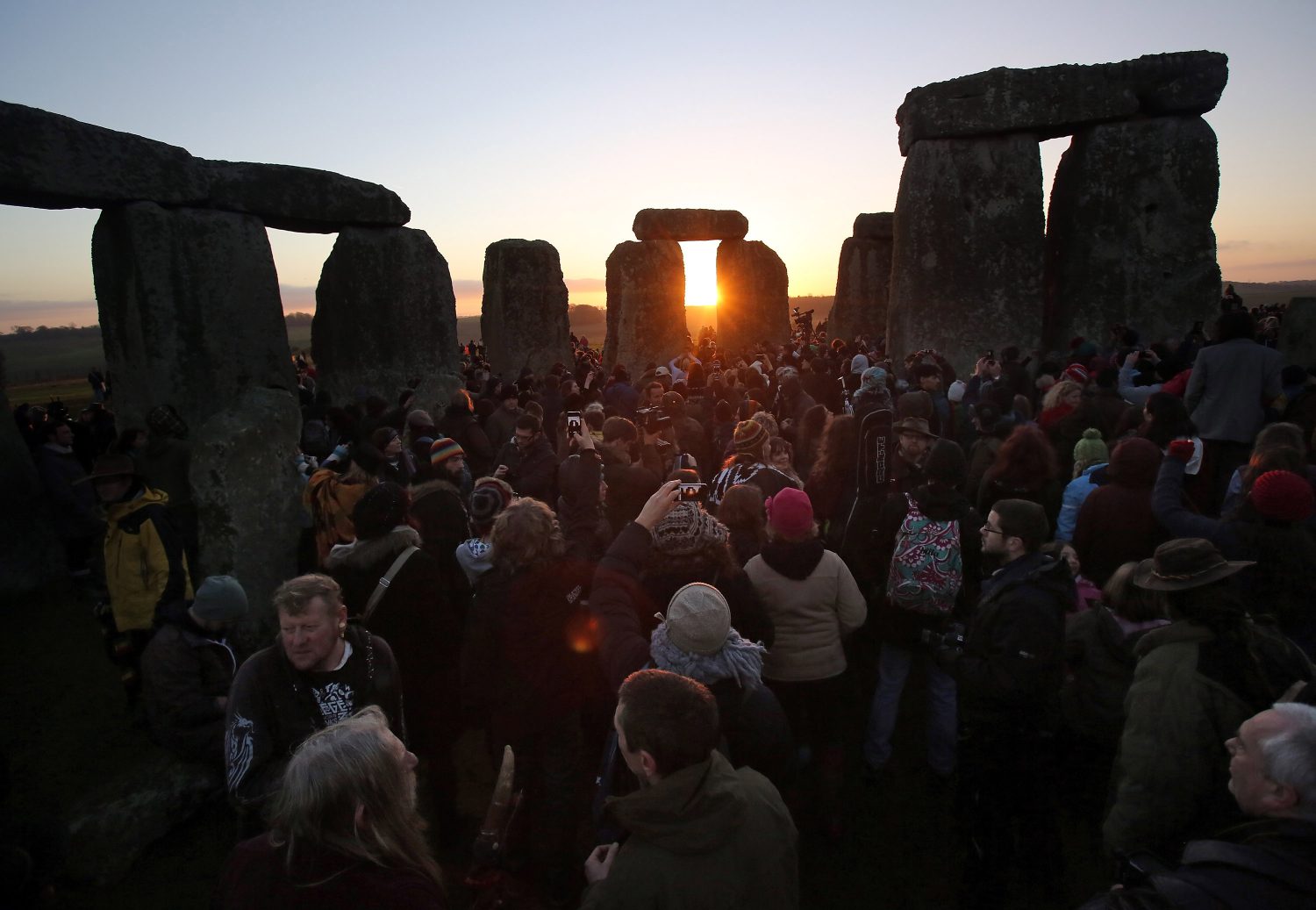 The word solstice comes from my favorite dead language, Latin. Sol = sun, and sister = to stand still. The sun literally does appear to stand still, hence its awesome name has stood the test of time over centuries. 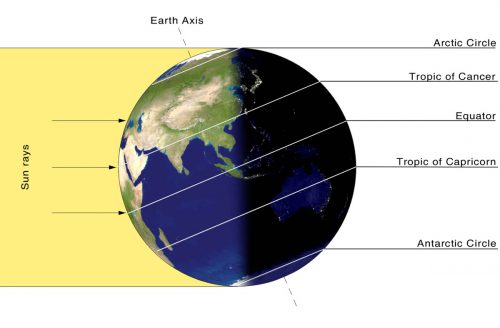 Technically, the summer solstice is the exact moment when the sun is directly over the Tropic of Cancer at 23 degrees 27 minutes north latitude. In 2017, that is June 21, 4:24 UTC (coordinated universal time.) What the heck is that?

Around the world, your June Solstice could be more than 4 hours and 30 minutes behind UTC. The summer solstice is 12:24 am EST DST in my neighborhood, Richmond, VA. That is Eastern Standard Time/ Daylight Savings Time. Wow, this time thing has gotten complicated!

The summer solstice marks the longest day of the year for the Northern Hemisphere, and hence the shortest night. It is also the official first day of summer, yeah! 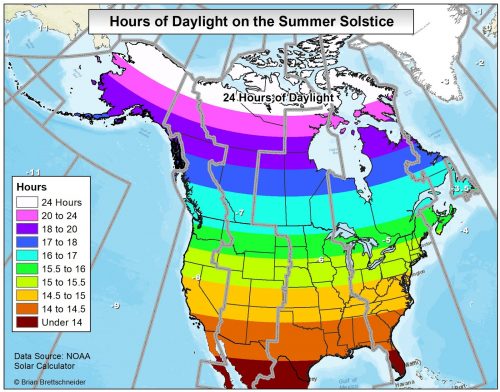 Our neighbors all over down under in the Southern Hemisphere are below the equator, and hence are celebrating their winter solstice as we enjoy sol sister (summer solstice).

Ever notice that the longest day is usually not the hottest day, nor have we typically had the hottest weather by this time of year. The annual peak temperatures don’t arrive for another few weeks. Why the delay, you ask? 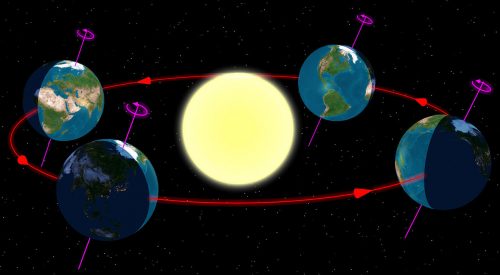 Water makes up most of the Earth’s surface. It has a high specific heat and great mass. Consequently, water takes longer to heat up, and to cool down. The slow warm up of the oceans delay the seasonal warm up. As the seas warm under the heat of the sun, the summer temperature takes time to catch up. Once the heat arrives, it does stick around, at least where I live.

Much folklore and mystery surround the summer and winter solstice. One of the most celebrated spots to witness the solstices is Stonehenge. Popular belief says it was designed specifically to document and mark these special seasonal occasions. Thousands gather there each year. 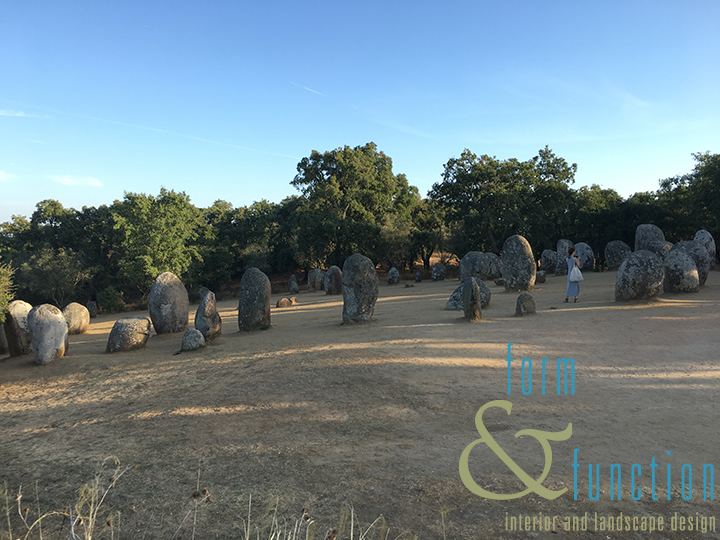 Traveling in Portugal last fall, we visited a site just as stunning and actually 2000 years older than Stonehenge. Dating to 5500 B.C., Cromeleque dos Alemdres is a stand of 95 rounded granite stones standing on end, like giant eggs, erected in the shape of an ellipse. It was a profound site to see, and I was simply awe struck by its powerful presense and enormous size. It’s the largest megalithic monument in Iberia, and one of the oldest in Europe. Some of the stone have raised hieroglyphic type carvings of circles and odd shapes. The far ends of the long ellipse are oriented to the rising and setting sun of winter and summer solstice.

Lore says that Stone Age sun-worshippers gathered at this pagan sanctuary in search of harmony between the “micro” environment on earth and the “macro” environment of the entire cosmos. The site is also believed to function as a celestial calendar.

Arriving there after a long drive down a dusty, bumpy, dirt road lined with cork trees, it truly felt otherworldly. It was a near solidary experience as it is not well known and one has to persist to get there. I am so grateful we got off the beaten path and experienced this amazing and ancient sacred space. Going back to witness a solstice is definitely on my bucket list! 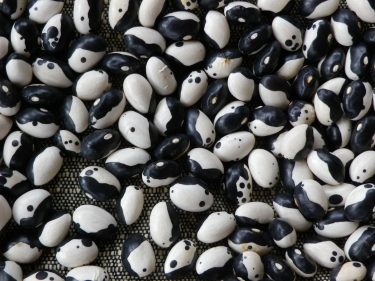 What is biodiversity? Why is it such a buzz? And why is it important? Biodiversity is the quantity, variety, and genetic...

Form & Function Design © Copyright 2020
You may link to a post or take quotes if credit, including a link back, is given.
You may not take entire posts or photographs without asking.
Permission may be requested using the contact form .